Last month (21st September), Alex our Assistant Hall Manager at Shand House in Cardiff, cycled over 150km from Tenby (in West Wales) to Cardiff in a day to raise money for a great cause, The Alzheimer’s Society.

Before the ride Alex gave her reason for doing this challenge: 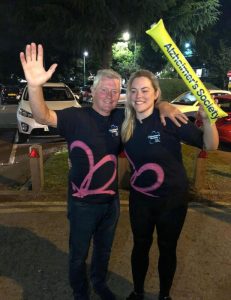 “Last year, my friend’s dad was diagnosed with early onset Alzheimer’s at the age of 64 and as you can imagine, it has come as a big shock to the family. I have known Chris for over 27 years. He has always been a bubbly and active man with lots of friends and a huge passion for golf. They all received this heart-breaking news in March 2018. But Chris was certain he was not going to let the diagnosis get him down.

16 months on he is finding day to day activities are becoming more challenging and like every illness or disease. He has his good days and his bad days. ut despite having these challenges it has not stopped him from playing his beloved sport. Although sometimes not as well as he’d like. Chris has huge support from his wife and family. Together they are tackling the daily challenges that Alzheimer’s throws their way. But one thing is for sure, he is not letting this cruel disease define him.”

“My brother in law and I set off from Tenby at 7am, beating the beautiful sunrise (after a very unsettled sleep due to the wind and weather conditions). We knew it was going to be tough due to the headwind. It was a constant battle to keep peddling. I hit a few walls and needed to re fuel but got there in the end.

My brother in law kept me motivated throughout 😊. We arrived in Bridgend at 7pm, this was our arrival time to Cardiff. So we had to push on and dig deep. We finally rolled into Cardiff (at the pub where around 40 of my friends and family were) at 9pm. 98 miles later, I was so exhausted I could barely drink my cider, which never happens ha! – I have never pushed my body that hard before, but completely worth it and feeling super proud 😊.”

So far Alex has raised over £1300 and the sponsorship is still coming in, with all the money raised going to support the society in research, facilities and more.

You can find out more about The Alzheimer’s Society here.

Well done to Alex for completing her epic journey! 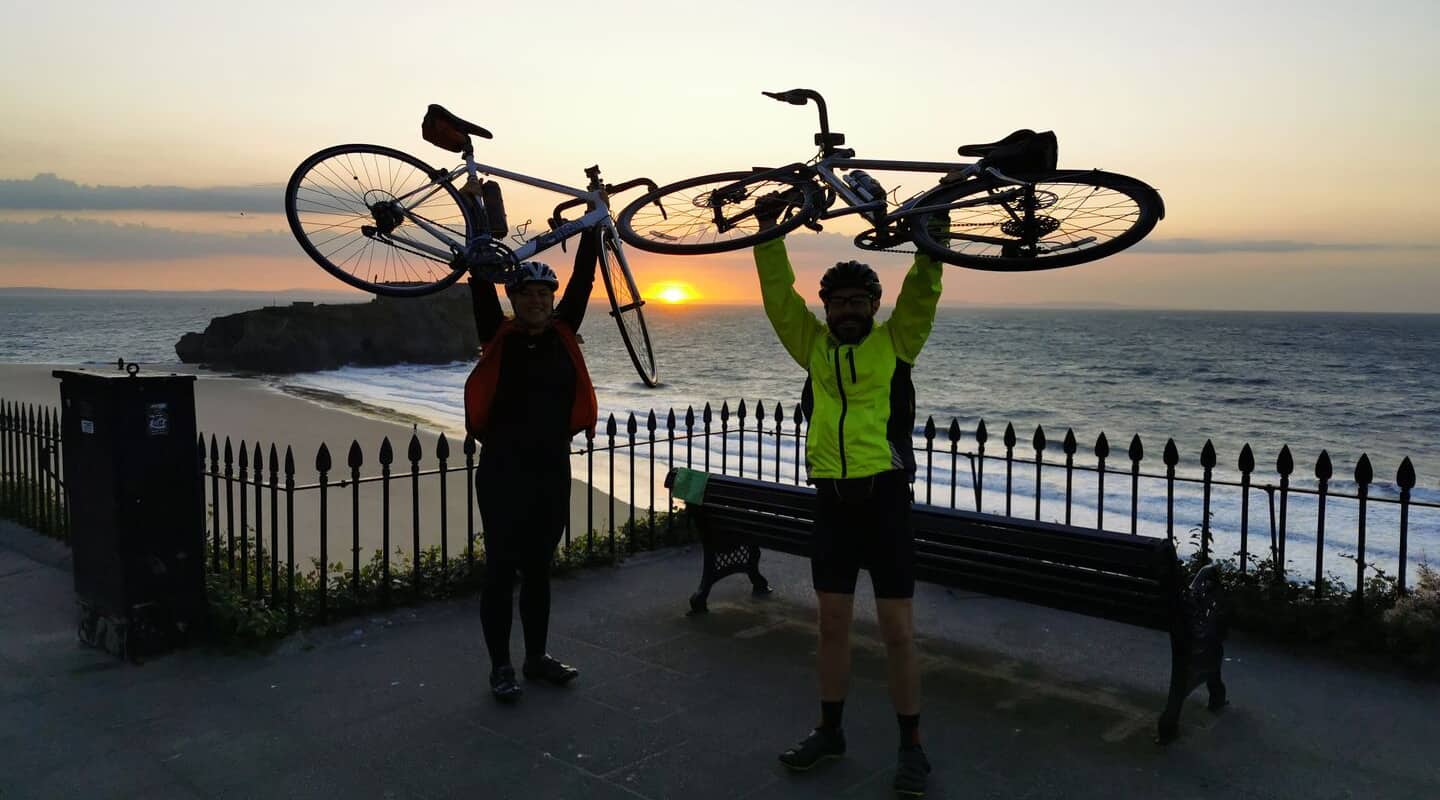