Chinese New Year is China’s biggest celebration of the year. As a result of the number of Chinese people living in and visiting the UK, there are plenty of Chinese New Year events. There is no better introduction to Chinese culture if you’ve never been to China before, or no better reminder of your trip than getting involved in the festivities!

Chinese New Year, also known as Lunar New Year or Spring Festival, falls on 22 January 2023. This year is the Year of The Rabbit.

Read our list of Chinese New Year events near you.

For the first time in three years Birmingham’s popular Chinese New Year celebrations are set to return to the city centre. They have been rebranded to Lunar New Year to reflect the event being celebrated across far east Asia.

Dragon dances, music, delicious food and more will be on offer as one of the city’s key festivals makes a welcome return to Southside, including The Arcadian and newly developed Hippodrome Square.

The free dancing and performances will also be featured at Bullring & Grand Central for a spectacular weekend of fun on Saturday and Sunday January 21 & 22. 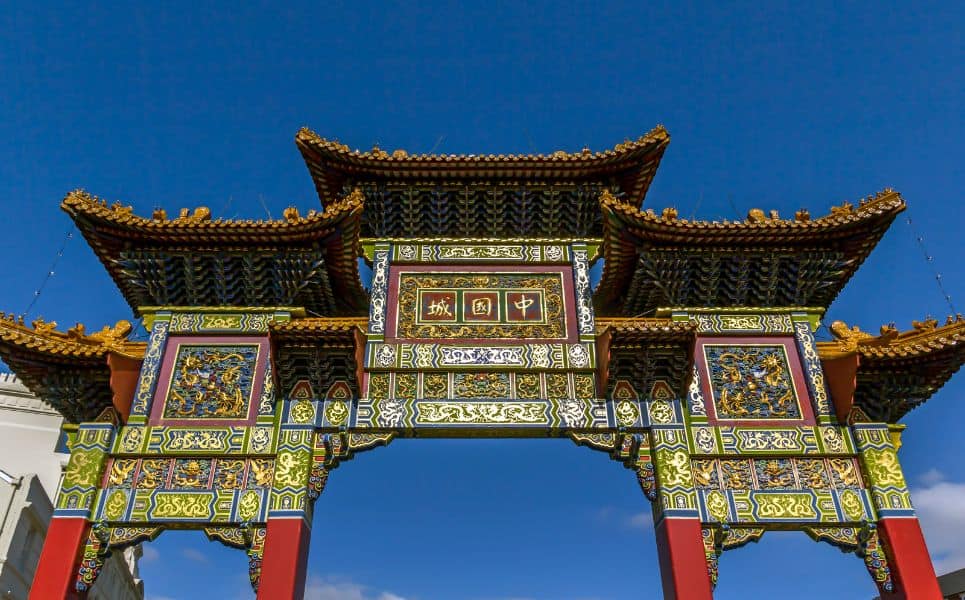 Nestled on the south side of Liverpool city centre is the iconic Chinese Ceremonial Archway. Standing tall and visible from afar, it provides an impressive entrance to Chinatown, home to the oldest Chinese community in Europe.

This year, you are able to celebrate the traditional Chinese New Year Celebrations in person once again. The symbolic Chinese lanterns will decorate the heart of Chinatown. The buildings will be lit up red in honour of this age-old tradition.  The dragon and unicorn will parade the streets and the stage returns to Great George Square to host a programme of live performances throughout the day.

To welcome the New Year in London, you’ll find displays, food stalls with traditional Chinese foods, performances, and a parade for Chinese New Year. Did you know that London’s Chinese New Year festivities are actually the largest outside of Asia?

The main stage for performances is a fantastic way to gain an introduction to Chinese dance and music as there will be plenty to see from some of the most talented British-Chinese performers. Chinatown and West London are the centers of the Chinese community in London, and this is where celebrations take place. 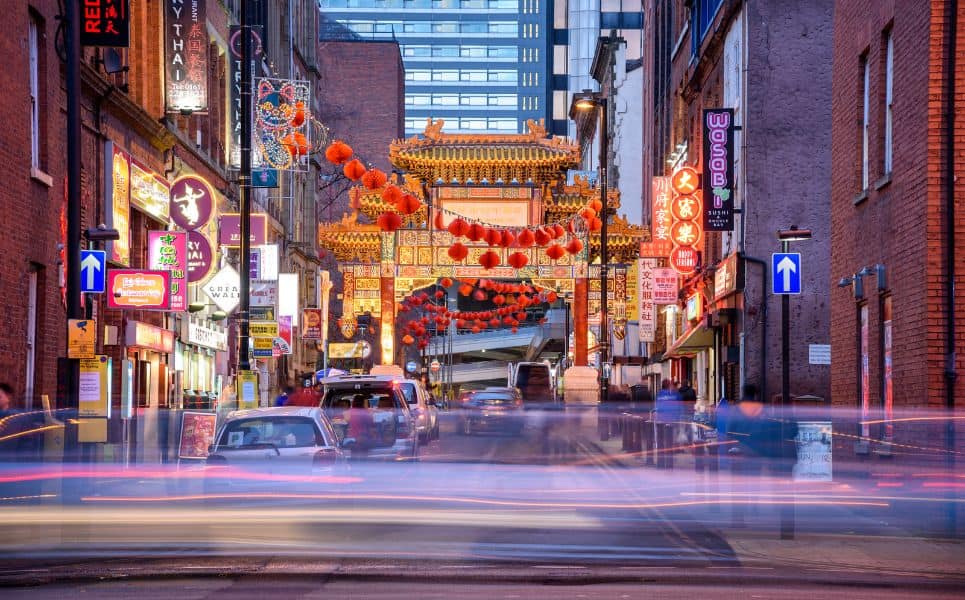 Celebrate the Year of the Rabbit with the return of Manchester’s legendary Dragon Parade.

Follow the famous 175ft dragon through the city’s streets as it makes it way from Manchester Central to Chinatown. Accompanied by traditional Lion and Ribbon dancers, Chinese Opera performers, 12 Zodiac animals and Ancient Army characters.

All shows, activities and workshops are free, thanks to the sponsorship from local businesses and cultural organizations.