In the second part of our city feature on Sheffield, we look at some of the best places to visit and things to see and do in and around Sheffield.

Spend the evening at Peddler Market.

Just a 10-minute walk from Central Quay you’ll find the extraordinary Peddler night market. Housed in an old warehouse on Burton Road, just off Kelham Island, the market is home to an amazing range of ever-changing award-winning street food, craft beers, cocktails, art and live music. Free to enter the market is open the first Friday (5-11pm) and Saturday (2-11pm) of each month (except January). It’s one for the list for you and your flatmates.

Unwind and explore the Botanical Gardens.

Walkthrough 5,000 species of plants in 19 acres of land at the free to enter, Sheffield’s Botanical Gardens. The gardens are formed of 18 separate geographical or botanical themes including an Asian garden and Mediterranean climate garden complete with a fossilised tree that is thought to be 312 million years old! 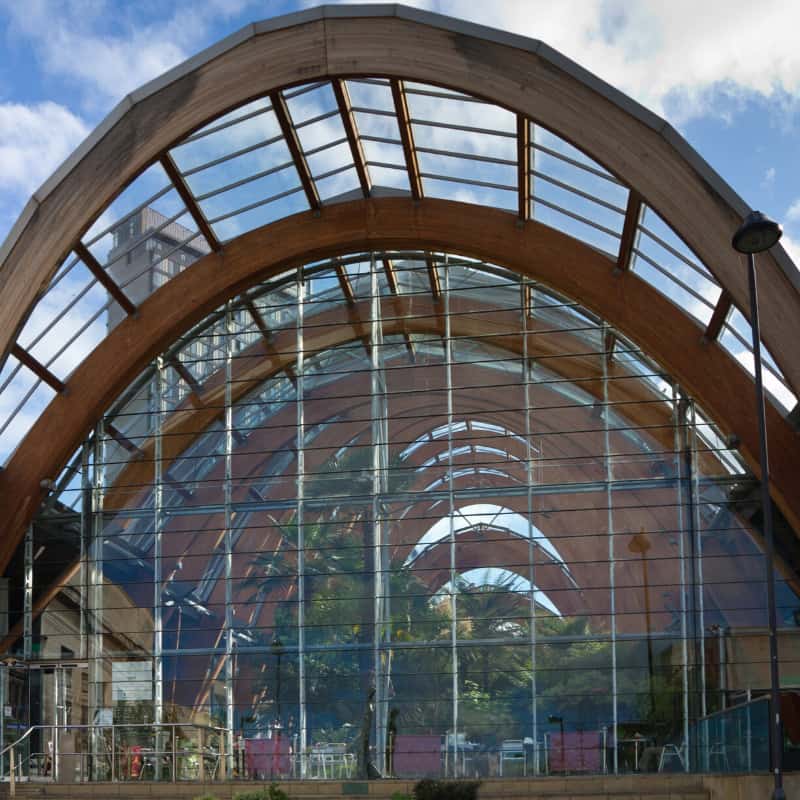 Did you know – Sheffield has 4 trees for every person!? Sheffield is home to more than two million trees – that’s the highest ratio of trees to people for any city in Europe.

While the botanical gardens are open all year, the British climate doesn’t always inspire you to get out and explore them, so on a rainy day, check out the Sheffield Winter Garden. Located right in the centre of town, the free to enter gardens are a 15-minute stroll from Central Quay.

The winter garden only opened in 2003 and is one of the largest glasshouses to be built in the UK in the last 100 years. The building is 70 meters long and 22 metres high and is home to more than 2,500 plants from around the world. It has to be seen to be believed and its definitely insta worthy.

Want to run around a 4 story, Zombie Infection in the heart of Sheffield, for 3 hours, taking on a hoard of Zombies?

You and a group of your mates can at Zombie Infection. Consisting of a series of objectives, actors, special effects and film realistic zombies, you will be fighting through hordes of the infected with missions to complete. It’s not cheap at nearly £80 each, but it looks an amazing afternoon/evening and fingers crossed it’ll be the closest you’ll ever come to being a real-life Rick Grimes.

Planning on sticking around your student accommodation until early August? Then make sure to check out the tramlines festival which takes place on the 31st July – 2nd August 2020 at Hilsborough park, it’s literally a 10-minute yellow line tram ride from the nearest tram stop to Central Quay. The 2019 event sold out and included headliners, Lewis Capaldi, Rag’n’Bone Man and Courteeners.

70% of tickets for 2020 have already sold out, so you better be quick to secure your tickets.

There’s Phlegm on the streets.

Sheffield is home to internationally renowned street artist Phlegm. There’s even one of his pieces on the opposite side of the river to Central Quay on the riverbank wall of the Riverside Kelham.

Sheffield basically fed the world, well, it allowed the world to cut and eat food anyway. Sheffield is famous around the world for its stainless-steel cutlery, in fact, the first reference to cutlery made in Sheffield was in 1297! With a history like that you’d think food would play a massive part of the city…

…And you’d be right, the Cutlery Works is the largest food hall in the north of England. Just a minute or two further along the River Don from Peddler market. The Cutlery Works is open every day from breakfast until late in the evening.

Spread over two floors the food hall is home to a mixture of 14 permanent and semi-permanent unique and independent restaurants. From pizza to poutine, and craft chocolate to coffee roasters there’s something for all tastes.

Missed Part 1? Check it out here.