We all love a good insta pic right? And with the #MyHostCity competition we’re giving you an opportunity to win big while taking those pics for the ‘gram!

If you’re living with Host at our Liverpool location – Hope Street Apartments, you’re in real luck as Liverpool is full of iconic and also quirky spots to get those Instagram likes. There are literally thousands of locations to choose from but to give you a helping hand here’s our 9 Instagrammable Liverpool locations!

A 25-minute walk through the city centre from Hope Street and you’re in one of Liverpool’s iconic must-visit locations. Every bit of the Royal Albert Dock is Instagrammable. Enjoy an afternoon exploring the world-class museums including Tate Liverpool, Merseyside Maritime Museum, The International Slavery Museum and of course The Beetles Story.

When that’s done take in the independent retailers or grab a bite to eat from the plethora of bars, restaurants and cafés that fill the waterfront location. 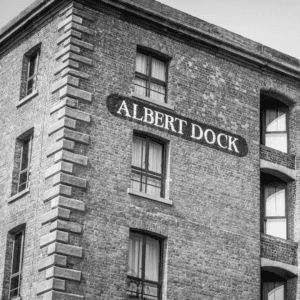 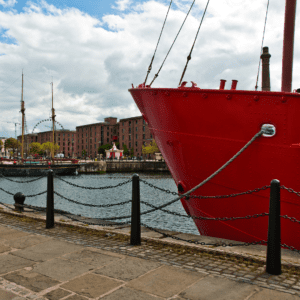 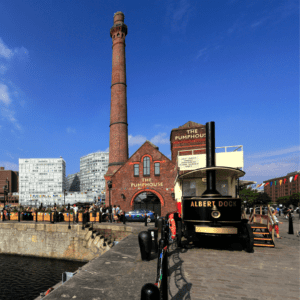 Take a walk along the Mersey from The Royal Albert Dock and you’ll find yourself outside the Liver Building. Probably the most recognisable location in Liverpool. Whether it’s from the ground or 15 floors up, the Royal Liver Building makes for a great backdrop for those Instagram selfies. You can even do a fully guided tour of the tower. Which gives you 360° views across Liverpool from the 15th-floor viewing platform.

For a different angle head to the street behind and onto the Goodness Gracious rooftop. It boasts one of the best views in the city for a selfie. Sit amongst the flowers, have a drink to two and grab a picture with the famous Liver building in the background.

No stay in Liverpool would be complete without taking the Ferry across the Mersey, so hop on board and take in the city from the Mersey River. 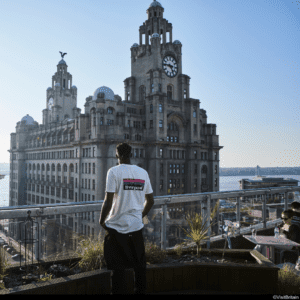 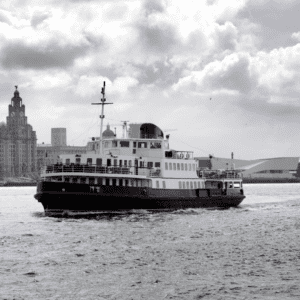 When you think of Liverpool what do you think of? Football and the Fab Four yeah? On the waterfront, you’ll find life-size statues of the Beatles. Which you’ll obviously want a selfie with!

Talking about iconic rooftop views, for our next Instagrammable Liverpool location go way above the city rooftops. 400 feet above in fact and just 15 minutes from Hope Street Apartments. Open every day from 10:15 am to 5:15 pm the beacon provides some breathtaking Instagrammable photos of Liverpool, the Wirral, North Wales, Lancashire and even Blackpool and Snowdonia on a clear day.

Back in 2017, this piece of street art appeared overnight in the Baltic Triangle area of the city. The wings quickly become one of the most Instagrammable locations within Liverpool city centre. It’s 15 minutes’ walk from Hope Street.

The Bombed-Out Church and The Cathedrals.

St Luke’s Church, or as the locals call it the Bombed-Out Church is a 4-minute walk of Hope Street. It gets its name after losing its roof during World War 2. It makes our Instagrammable Liverpool list due to its quirkiness, today it even holds various events including quiz nights and music events.

Living at Hope Street Apartments you’ll be smack bang in the middle of both Liverpool Cathedrals. They’re both ridiculously Instagrammable in their own ways. The Anglican Cathedral is the UK’s biggest cathedral and is what you would expect internally and externally from a traditional cathedral. You can even take a tour to the top of the tower for that extra special Instagram pic.

While at the other end of Hope Street you’ll find the Catholic cathedral, officially named the Metropolitan Cathedral of Christ the King or locally as Paddy’s WigWam! the cathedral was completed in 1967 and is as far from a traditional church or cathedral as you can get. 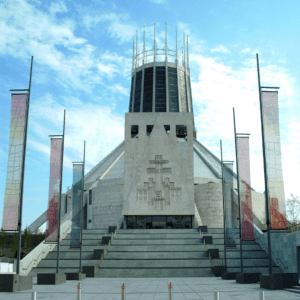 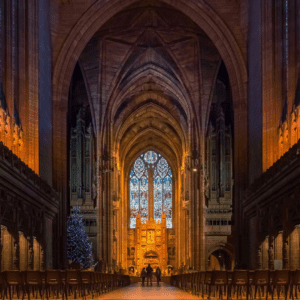 A 25-minute bus ride from Hope Street sees you at the gorgeous Sefton Park, home of the irresistibly instagrammable Palm House. The iconic Victorian Glasshouse is home to a botanical collection of over 200 plants, some of which are extremely rare and one that is extinct in the wild.

Harry Potter fan? Then you’ll love the Hogwarts vibe within the Picton Reading Room at Liverpool Central Library. Just take a stroll through the city centre and past Lime Street Station and you’re there. The walls are covered floor to ceiling with bookshelves that you can access via spiral staircases and it’s so quiet you can hear a pin drop. The rest of the library is also worth checking out, especially the roof terrace which has great views over the city.

Liverpool’s Chinatown was the first to be established in Europe and is easily recognised by the beautifully crafted and most instagrammable Chinese Arch that adorns the entry. The arch was imported piece by piece from Shanghai in 2000.

The ceremonial arch stands at 13.5 metres tall and is the largest in Europe, in fact, it is the tallest standing arch in any Chinatown outside of mainland China!

Around Liverpool’s Chinatown area, you’ll find a tasty selection of Chinese and pan-Asian restaurants and Chinese supermarkets. Explore Berry Street for a diverse mix of cuisine and beyond that, Bold Street. Hope Street is just a 10-minute walk away.

What’s your favourite Instagrammable Liverpool location? Tag us on our Instagram – @hoststudentsuk and don’t forget to take part in our #MyHostCity competition!