Daily in the UK we use more than 7 million disposable cups and over half a million are just dropped on the floor. To help raise awareness of the issue, Friday 4th October is No Disposable Cup Day.

The day has two aims: 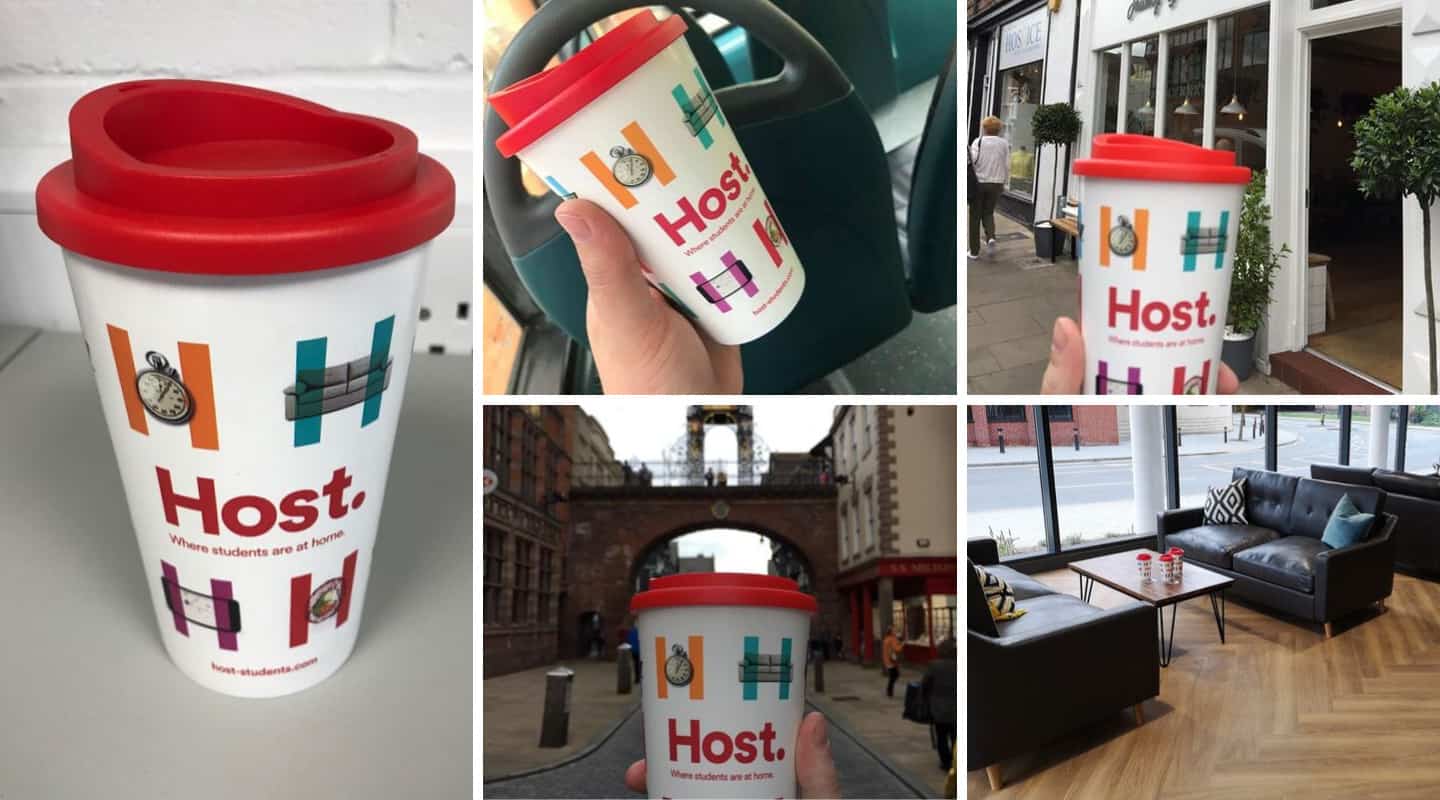 For the 2019/20 academic year, Host purchased over 8,000 reusable coffee cups for students living with us. The cups were handed our to our new students, when they moved into their Student Accommodation, we hope by giving nearly every student living with us a reusable cup we can make some dent in the 7 million cups used each year! The cups will also save our students money as many retailers now offer a discount off the cost of your cup of coffee when you use a reusable mug.

Where can your Host reusable cup get a discount?

Plus! Many local or independent coffee shops will offer you a discount for using your Host cup, so the next time you need your coffee fix, remember to take and use your cup!

Unlike many environmental problems. This one is not hard to fix. It can be fixed overnight. Simply by saying no and taking a reusable cup with you.