Every year we support three charities through our #HostEnvironmentalPledge and one of these charities is Planet Patrol.

Wondering who Planet Patrol are? Think they sound familiar? The name rings a bell? Well you’re not wrong; Planet Patrol is the new name for the charity formerly known as Plastic Patrol.

Why the name change to Planet Patrol? 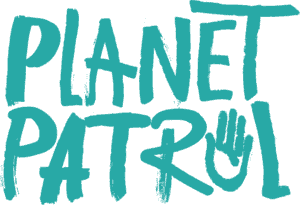 Plastic Patrol started as a hashtag and was a one-woman fight against plastic pollution in waterways. Plastic pollution is a very visible problem and over the past few years has exploded in the media. Whilst it’s very important to see attention being drawn to this problem, it masks some of the nuances of the problem.

Since Plastic Patrol started in 2016, there have been countless litter clean-ups; both inland and on the waterways. And during these clean-ups all kinds of materials – not just plastic, have been found; including metal cans, glass bottles, foil bags and ‘biodegradable’ materials. In fact, last year, almost equal numbers of metal drinks cans and plastic bottles were recorded in the Plastic Patrol app.

Fighting for our future

Plastics aren’t the enemy; it’s the way plastics are used that is the problem. We’re fighting the throwaway culture perpetuated by the availability and convenience of single-use products made from materials – like plastics – that are designed to last. For example, a crisp packet is used for about 1 minute, then can last for another 80 years before it breaks down into smaller pieces in landfill or nature.

Singling out a single material as the ‘enemy’ can drive brands or governments to champion other single use materials. Whether it’s plastic, aluminium or other materials, the extraction, manufacturing, transportation and recycling processes all have environmental costs.

The shift we need is away from disposability and towards reusability; for all materials not just plastic. We need to focus on design innovations that support full circularity – i.e. eliminating waste, not using raw materials and keep what already exists in the system.

That’s why Planet Patrol are working to eliminate single use materials and litter, protecting our planet and wildlife for the future.

They believe that by working together and collecting evidence on litter found polluting the environment we can make Governments change policies and hold brands to account to stop them producing single use items.

You can learn more about Planet Patrol and the work that they do at planetpatrol.co.