Things to do in Exeter

Living with Host in Exeter? Need some inspiration for your next adventure around the city? Then look no further, here are a handful of places to visit in Exeter during your time living with us.

Popular with the locals, students and tourists alike, Exeter’s Historic Quayside is full of history, architecture and lively pubs and restaurants. It’s the ideal place to browse the antique shops, walk, cycle, take a relaxing boat trip or find something good to eat or just sit back with a good cup of coffee and just watch the world go by.

While in the quayside take a look at the Custom House it’s the perfect photo opportunity for your Instagram. Unfortunately, you can’t currently go inside but when it does reopen the Customer House houses lively displays, illustrations and artefacts that bring the history and development of Exeter’s Quayside to life.

The Quayside is just a 20-minute walk through town from The Printworks. 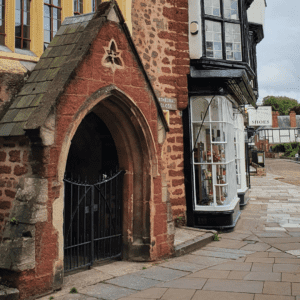 Exeter’s cathedral is a sight to behold. The city is built around its gothic cathedral that dates back 900 years, it’s one of the most beautiful and finest examples of gothic architecture in the UK. The Cathedral is famous for its two towers plus the amazing carved stonework on its front. Inside check out the Minstrels’ Gallery and the decorated tombs, bosses and corbels.

Surrounding the Cathedral, you’ll find many medieval buildings and parts of the original city wall.

On a sunny day head to one of the local coffee shops and bakeries and have a picnic on the green.

Exeter Cathedral is 15-minutes’ walk from The Printworks.

Get out and go for a bike ride or walk on the Exe Valley Way. The Exeter to Starcross section is an easy 8-mile route that forms part of a 45-mile trail. This section follows the historic Exeter Canal and the estuary of the Exe.

The walk starts on the quayside at Exeter and ends at Starcross, on the western bank of the estuary. From here, you can either catch the bus or train back to Exeter.

Starcross is a small waterside village with plenty of photo opportunities. The village is a popular centre for sailing and is also a good location for bird watching on the Exe Estuary.

The remains of one of Isambard Kingdom Brunel’s atmospheric railway pumping stations is here, and the modern railway, following Brunel’s route, sweeps along the estuary a few feet from the water!

Beneath the city centre, there are a series of underground passages. Built to house the pipes that brought clean drinking water into Exeter during the medieval period. Now it’s a tourist attraction and has been since the 1930s. Exeter is the only city in the UK to have underground passages of this type.

Unfortunately, COVID has forced the passages to close but keep a lookout on their website or Facebook page for when they do reopen.

The entrance to Exeter’s Underground Passages is on Paris Street within the Princesshay Quarter – about a 10-minute walk from The Printworks.

When you think of swans you think big white bird, yeah? Not in Dawlish! 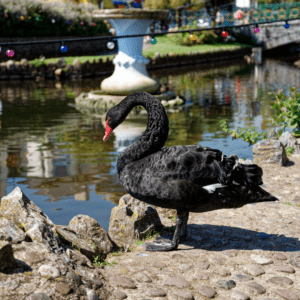 Quick history lesson; The black swan is originally native to Australia and New Zealand since the 17th Century. At the start of the 1900s, a local man emigrated to New Zealand but kept in touch with his family and friends in Dawlish but came back to visit several times. On one of his visits in 1906, he bought with him the Black Swans as a gift to the town and apart from the two World Wars the town has been home to black swans.

Anyway, jump on the train from Exeter and 15 minutes later, after passing through some of the most spectacular train window views in the world, you’ll be in the seaside town of Dawlish. After seeing the black swans, grab an ice cream or some fish and chips and take a stroll along the sea wall towards Dawlish Warren and Its magnificent beach, with views all along the south Devon coast.

There’s a train station in Dawlish Warren so if you don’t feel like walking back you can jump on the train back to Exeter from here. 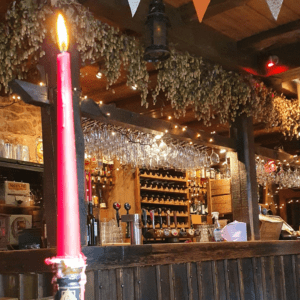 When you’re back in Exeter, head to The Old Firehouse pub for a cheeky pint of cider and some great pizzas. The pub is housed in surprisingly Exeter’s original Fire station and is full of character with loads of little nooks and crannies to relax and enjoy the often candlelight atmosphere. Until recently the pub was wildly believed to be the source of inspiration for the Leaky Cauldron pub in Harry Potter. And stepping inside the popular pub you can quickly see why people may have linked the fictional and real pub together.

The Old Firehouse is a 10-minute walk (stumble – that cider is strong!) to The Printworks.